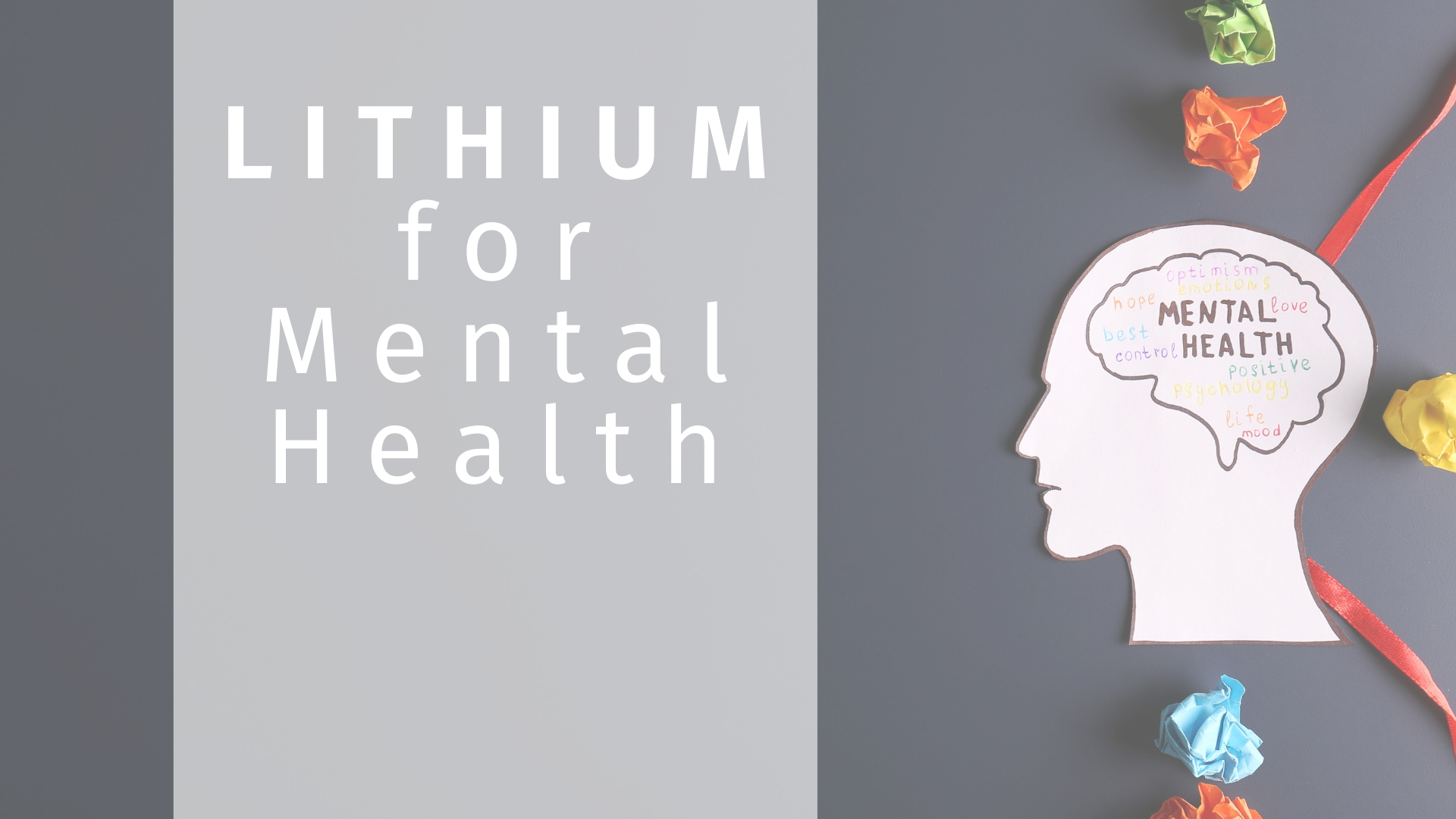 Pharmaceutical lithium carbonate is widely considered one of the most effective medications in psychiatry for treating bipolar depression. However, due to the toxic effects of lithium at high doses, many doctors are reluctant to prescribe this drug. This reputation has, unfortunately, pushed lithium as a whole out of the lime-lite as a viable option for depression and bipolar suffers.

There is an alternative, and the purpose of this article is to share with you the best mineral for treating depression and bipolar disorder.

Let me start with two stories:

Jaia was 27 years old when she came to my practice for consultation on bipolar disorder type II. She suffered from severe depression, rage outbursts and a history of incarceration for vandalization of a parked car. Her mania was stabilized on the pharmaceutical drug Invega, but her symptoms were nowhere near controlled. Hair mineral testing revealed low lithium status and we started her on Lithium Orotate 2 mg per day, which we slowly upped to 5 mg three times per day. Jaia quickly noticed her irritability lifting and her anger outbursts disappeared.

Adam had been removed from three middle schools by the time they called my office. He was incredibly depressed and got into fights with the other students in the classroom. He was defiant with her teachers and had tantrums at home to the severity where the police had been called multiple times. In my office, he glared at me, argued with his parents and at one point he threatened to physically injure his mother if she kept talking. His parents were reluctant to start him on any medications but his symptoms were to the degree where they felt like they were out of options. Hair mineral analysis showed a low lithium and high mercury. We examined his history for the source of mercury exposure and learned that he had received silver amalgam fillings for six cavities when he was a toddler and we know from the literature that mercury from silver dental fillings are often a cause of depression, rage, and anxiety (1). We started him on Lithium Orotate, which is elemental lithium, 200 mcg and worked our way up to 2 mg each day. His parents also went to a biological dentist and Adam’s mercury fillings were safely removed and replaced. Within 3 weeks his anger was gone and behavior in school and at home improved. Testing was repeated after 3 months and his lithium levels had normalized and his mercury levels drastically reduced.

Lithium in the Drinking Water & In Your Diet

There is a strong inverse relationship between lithium consumption and violent crimes, arrests, suicides, and drug dependency. Specifically, we see statistically significant reductions in these behaviors in cities where trace-element lithium orotate is added to the water (3) (4). Elemental lithium is also found in a variety of foods including grains, vegetables, kelp, dairy, meat, fish, pistachios, and mustard (5). While we know that lithium is necessary, it is important to understand the difference between lithium orotate and lithium carbonate.

If you are curious how much lithium is in your groundwater, check out this link:

What is Lithium Orotate and how is it different from Lithium Carbonate?

Lithium orotate is a form of elemental lithium. Elemental lithium is a trace mineral that is found in foods and is extremely important for your health. Lithium Carbonate is a pharmaceutically derived form of lithium that is prescribed for the treatment of bipolar disorder in order to prevent mania, it is also used in certain neurodegenerative diseases like Alzheimer’s Disease (6).

Below is a quick glance of the differences between lithium carbonate and lithium orotate as compared to the average daily food intake and in cities where lithium is added to the water supply (7).

We have briefly discussed lithium’s impact on anger, violent crimes, mood stability and substance abuse. In this section we will elaborate on this topic by talking about “How does lithium work?” “What is lithium good for?”

How Does Lithium Impact My Health?

Lithium has been an important trace element in your body as early as your conception. We have found that lithium is essential in fetal development (10).

Lithium is neuroprotective, and is key for brain plasticity. It does this in several ways: One is that it stimulates stem cells in the brain by enhancing the release of brain-derived neurotrophic factor (BDNF)—which are key in longevity of the brain, lithium also stimulates the release of nerve growth factor (NGF)and changes genetic expression—epigenetics—to enable the brain to continue growing, healing and developing (11). In fact, we have seen increased brain volume and cell density in bipolar patients taking lithium carbonate as compared to those who were not (12).

Lithium aids in neurodevelopment and Lithium enhances the transport of the B vitamins, folate and cobalamin, into cells. These vitamins are used by every single cell in your body and aid in a myriad of biochemical pathways including and especially related to neurotransmitter metabolism. This is one mechanism by which lithium is mood-stabilizing—reducing mania and aggression and lifting depression.

Lithium exerts powerful antioxidant and anti-inflammatory activity thus reducing diseases of the brain from inflammation and oxidative damage. The result is a healthier brain, reduced risk of neurodegeneration and mood instability.

Low dose lithium also augments the efficacy of antidepressant medications. For those who are suffering from treatment-resistant depression or mood disorders, lithium supplementation may enhance the drug’s efficacy and reduce the risk of side effects and drug toxicity (13).

Lithium improves your immune system health. Specifically, it enhances the activity of your monocytes and lymphocytes which are involved in protecting you from infections.

How to Dose Lithium: What Dose of Lithium Orotate Should I Take?

In the mid-eighties, the Environmental Protection Agency estimated that the dietary intake of lithium averaged between .6 and 3.1 mg/day in those living in the United States. This is significantly less than in individuals who resided in the Northern Argentinian Andes mountains with daily consumption levels between 2 to 30 mg each day. The range of lithium intake requirements is based on many different factors, for example, Individuals who endure high stress require more lithium supplementation as stress depletes lithium. Those exposed to heavy-metal toxicity may require higher doses of lithium supplementation as heavy-metal toxicity depletes lithium. Individual lithium metabolism also impacts dosage requirements.

With respect to this, it is important to test your lithium levels in order to discern what dosage is appropriate for you.

It is estimated that a minimum daily dose of lithium should be 1 mg/day. However, typical treatment dosages range from 200 mcg to 25 mg of lithium orotate. Typically, I instruct my patients to start low and work their way up as tolerated.

Lithium supplementation should always be combined with high doses of Omega 3 Fish oil 3-6 grams/d, B vitamin complex including folinic acid, methylcobalamin, and niacin and if there is aggression and a history of high stress, adding the Happy Sleepy Powder will optimize the lithium’s efficacy.

It is much less common for lithium toxicity to occur when supplementing with lithium as a trace mineral as opposed to high dose lithium carbonate. However, it is important to regularly check your health metrics frequently any time you are receiving treatment for a mood disorder—or any other health condition for that matter.

Regarding lithium, the most important tests to run are thyroid, kidney, and liver testing. These tests are offered as a part of the standard wellness examination but your doctor may recommend running these more frequently depending on your unique situation.

If you develop any of the symptoms below:

Lithium toxicity can be deadly, therefore be sure to speak with your doctor right away if any of the symptoms, including and especially the above symptoms occur.

How to Test Lithium:

Testing lithium before and during supplementation is important. Lithium can be tested in the blood, urine or hair. Typically blood tests for lithium are done in order to determine what dose of lithium carbonate (pharmaceutical) lithium is most appropriate. There is a very narrow window of safety of lithium carbonate, serum levels range from 0.8 to 1.2 mmol/L with 1.0 being optimal (8)(9). Serum is useful in assessing current lithium levels but the most useful way to test average long-term lithium levels is by doing a hair analysis. Research has shown that violent criminals had little to no lithium detected on hair samples reinforcing the hypothesis that low lithium is one cause of aggression and therefore supplementation should be a key part of the treatment.

If you struggle with depression, bipolar disorder, or if you would like to enhance your health, promote brain plasticity, prevent neurodegenerative diseases or just increase your overall wellness, then lithium might be the answer for you.

Getting started is easy, simply follow the next two steps!

If you order your test through us, we will send you a write up with an analysis and plan of action based on your unique test results.

As always, before starting a new regimen always speak with your doctor! We would be happy to consult with you and personalize your experience. To become a client, get started here!

You can learn more about low-dose lithium by going here: www.lowdoselithium.org. 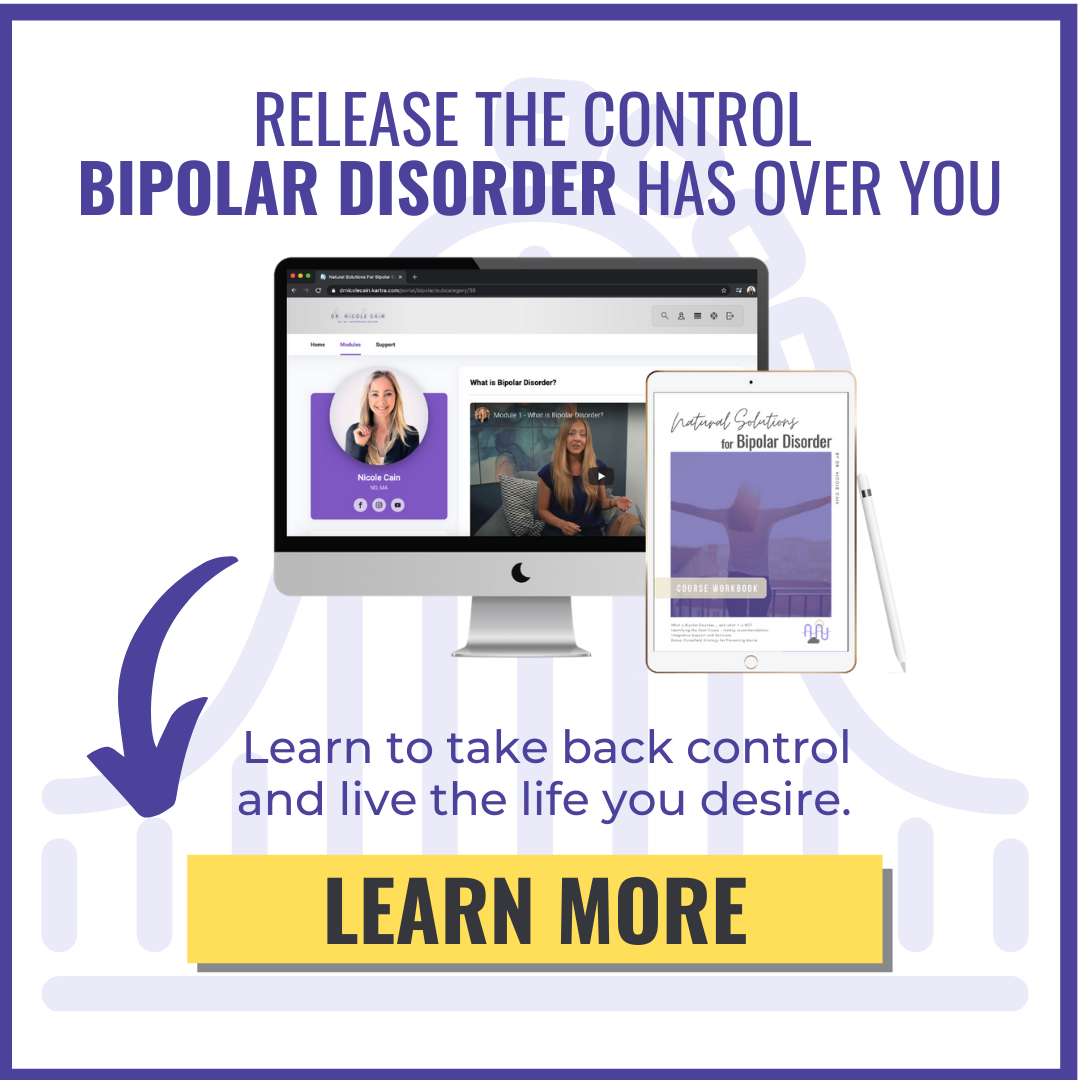 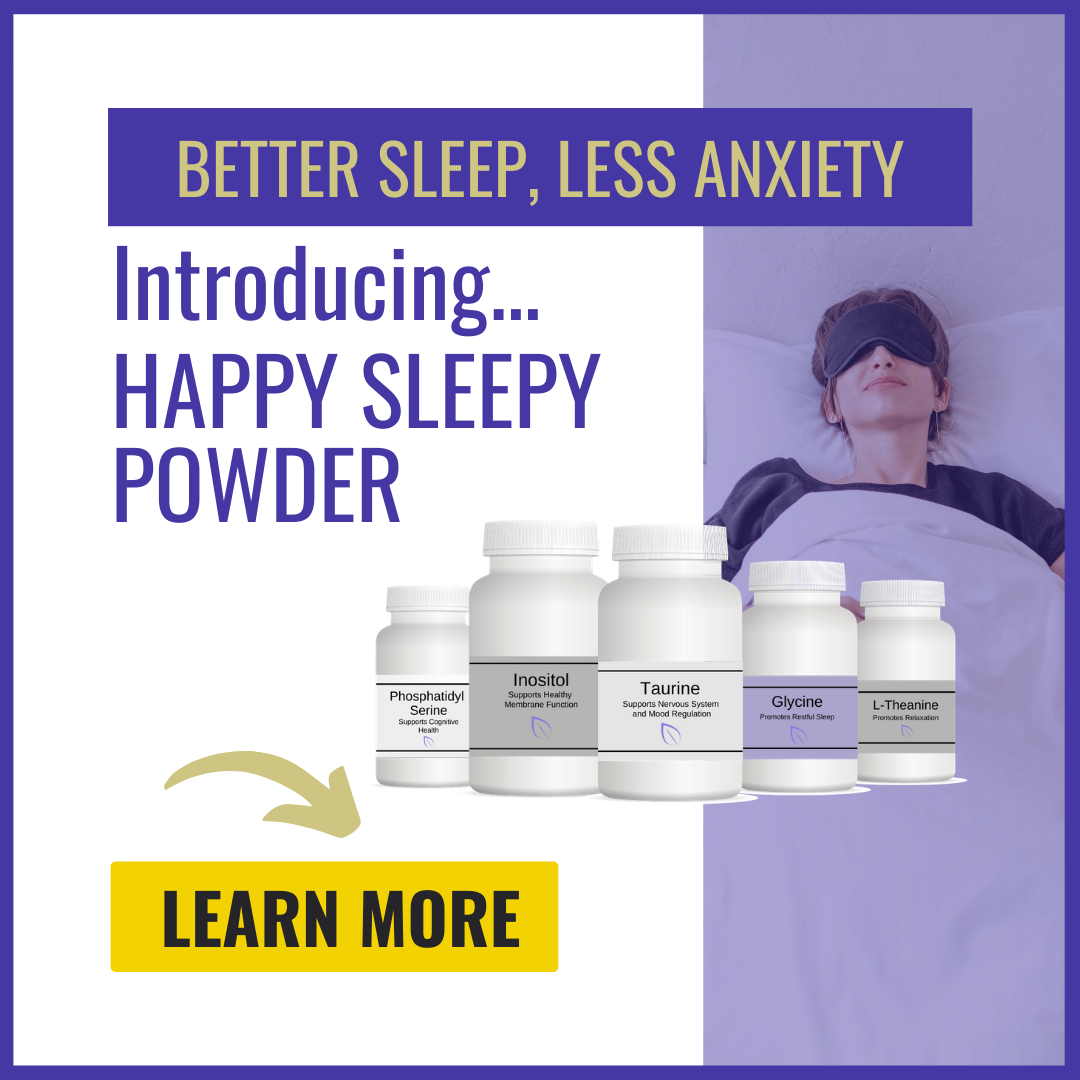 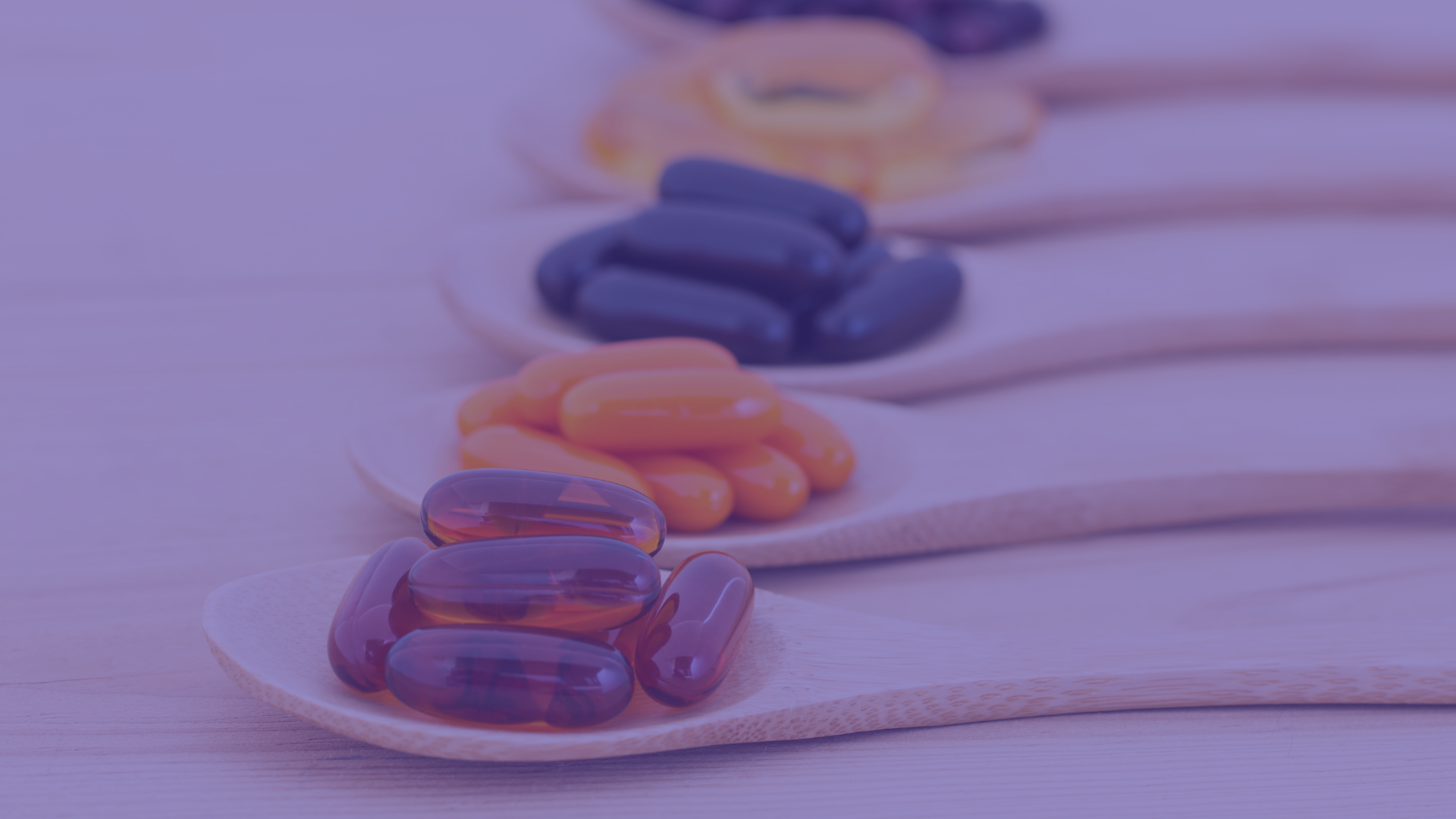 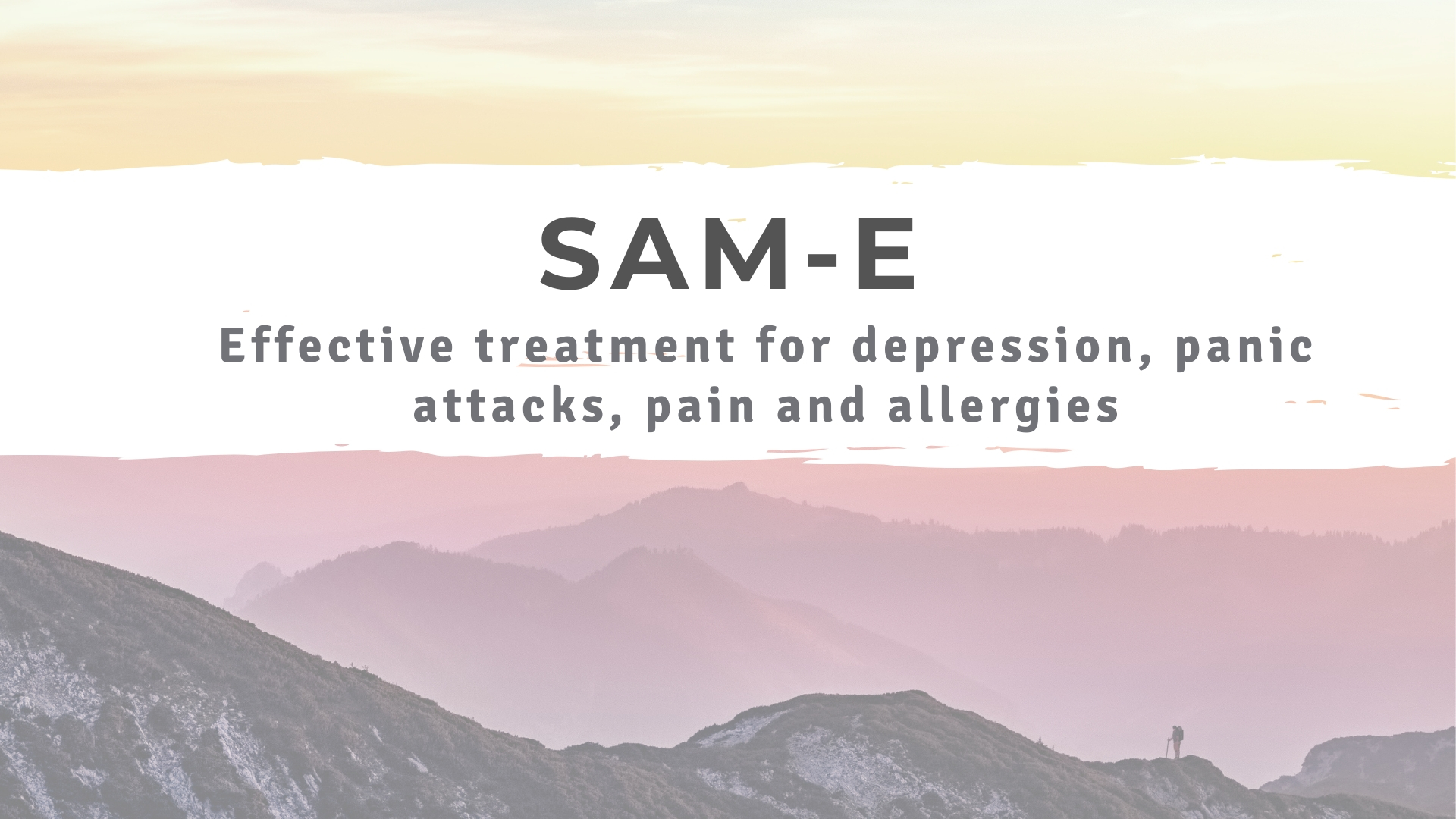 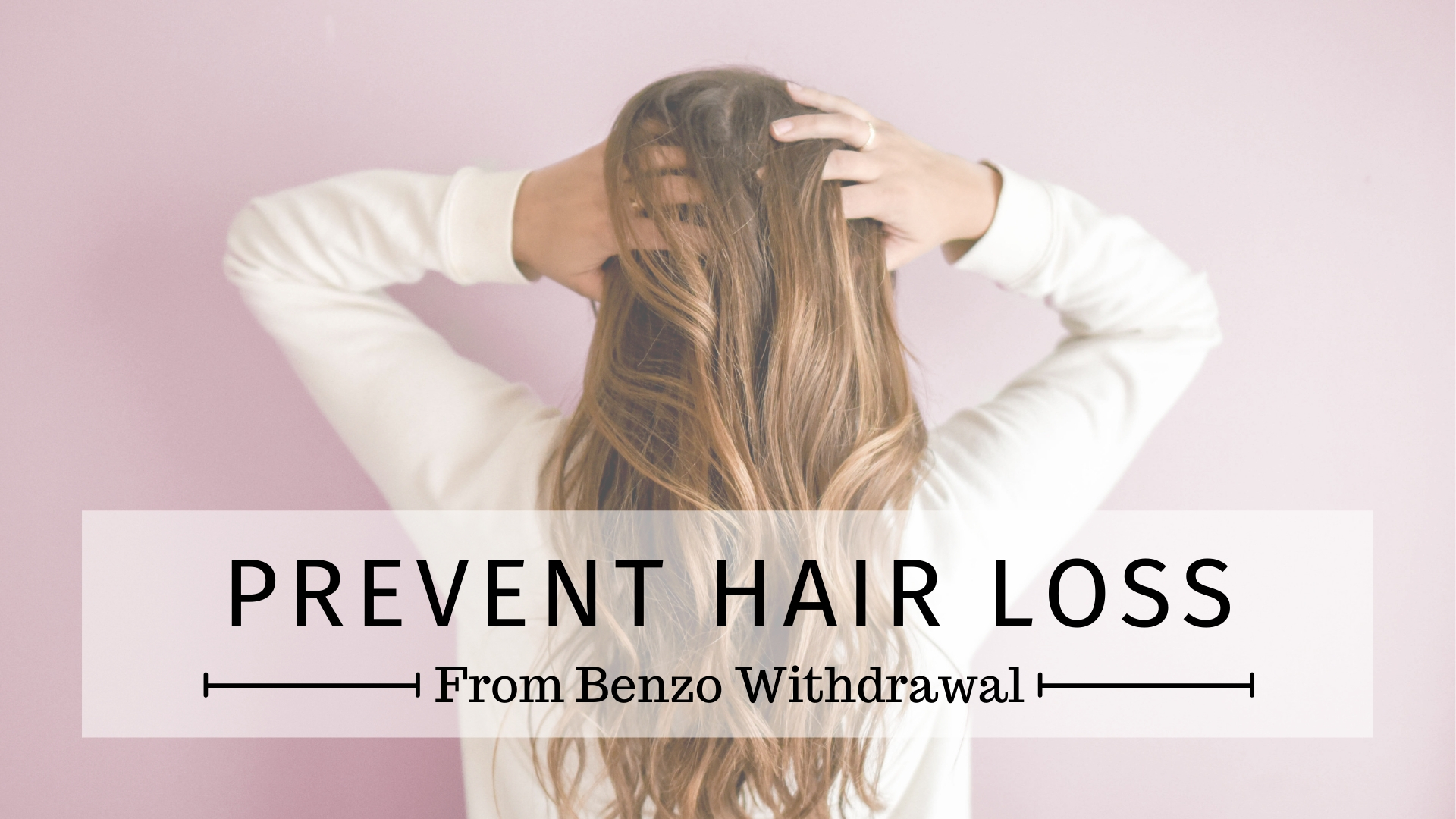 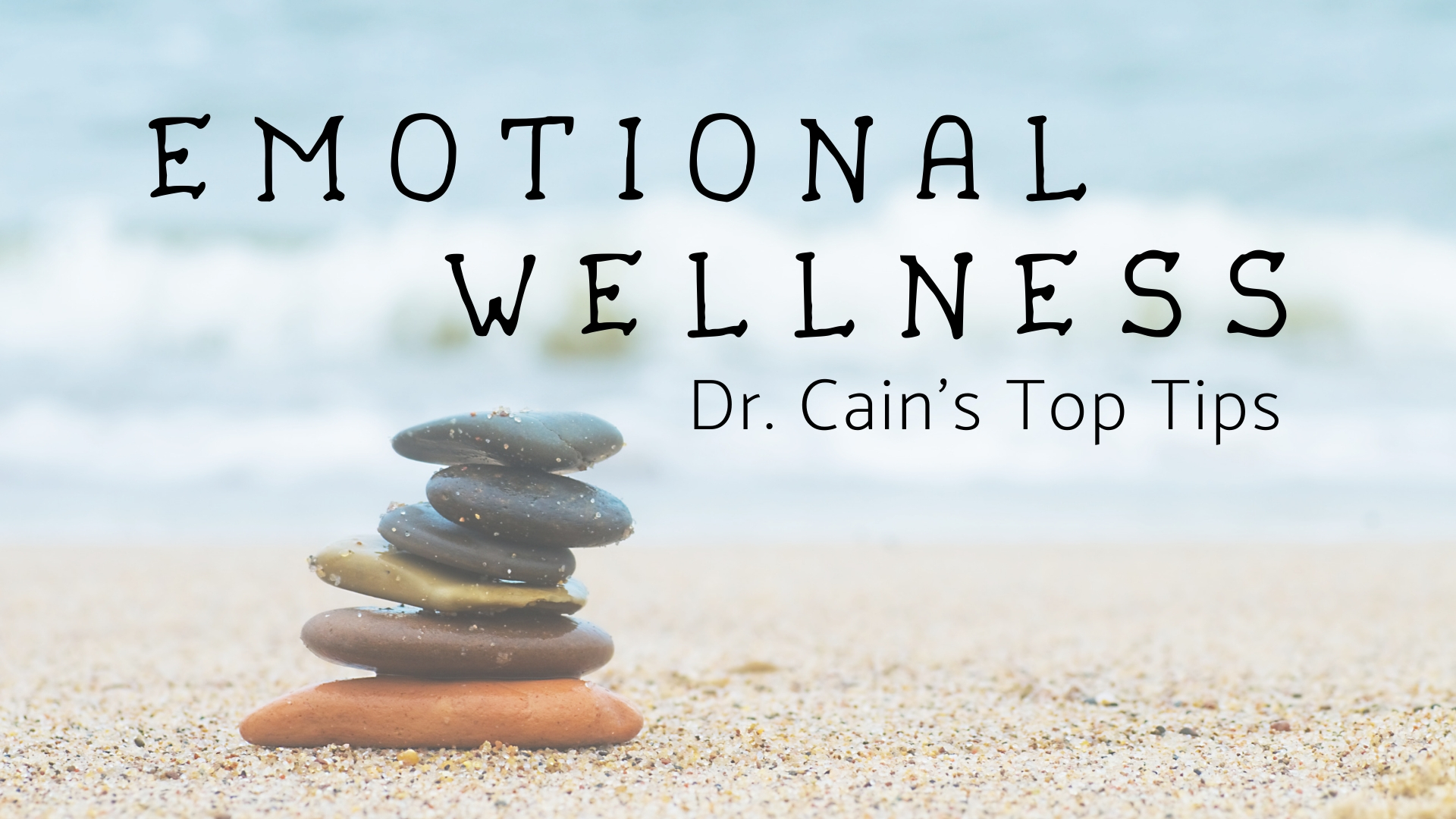 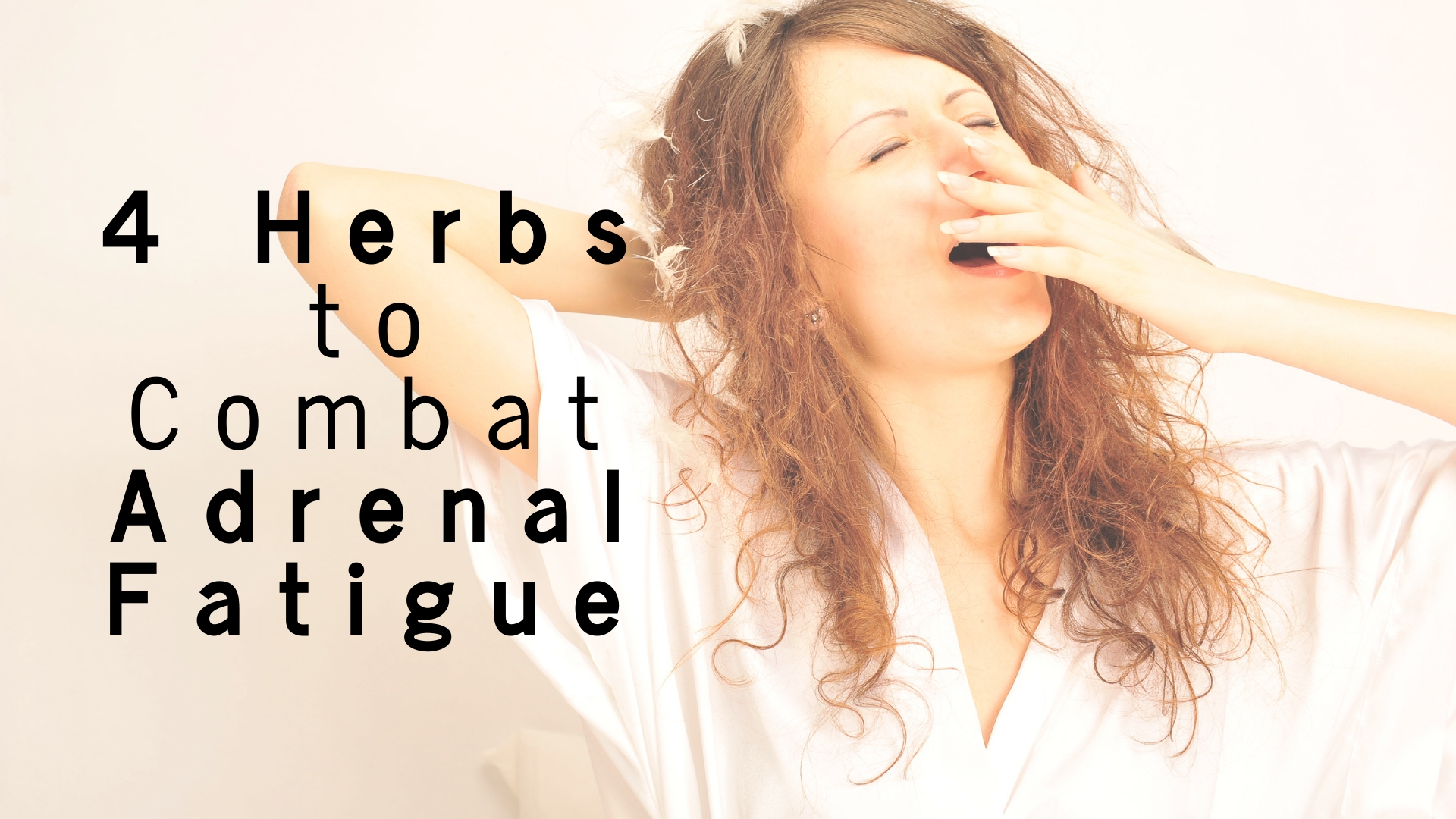 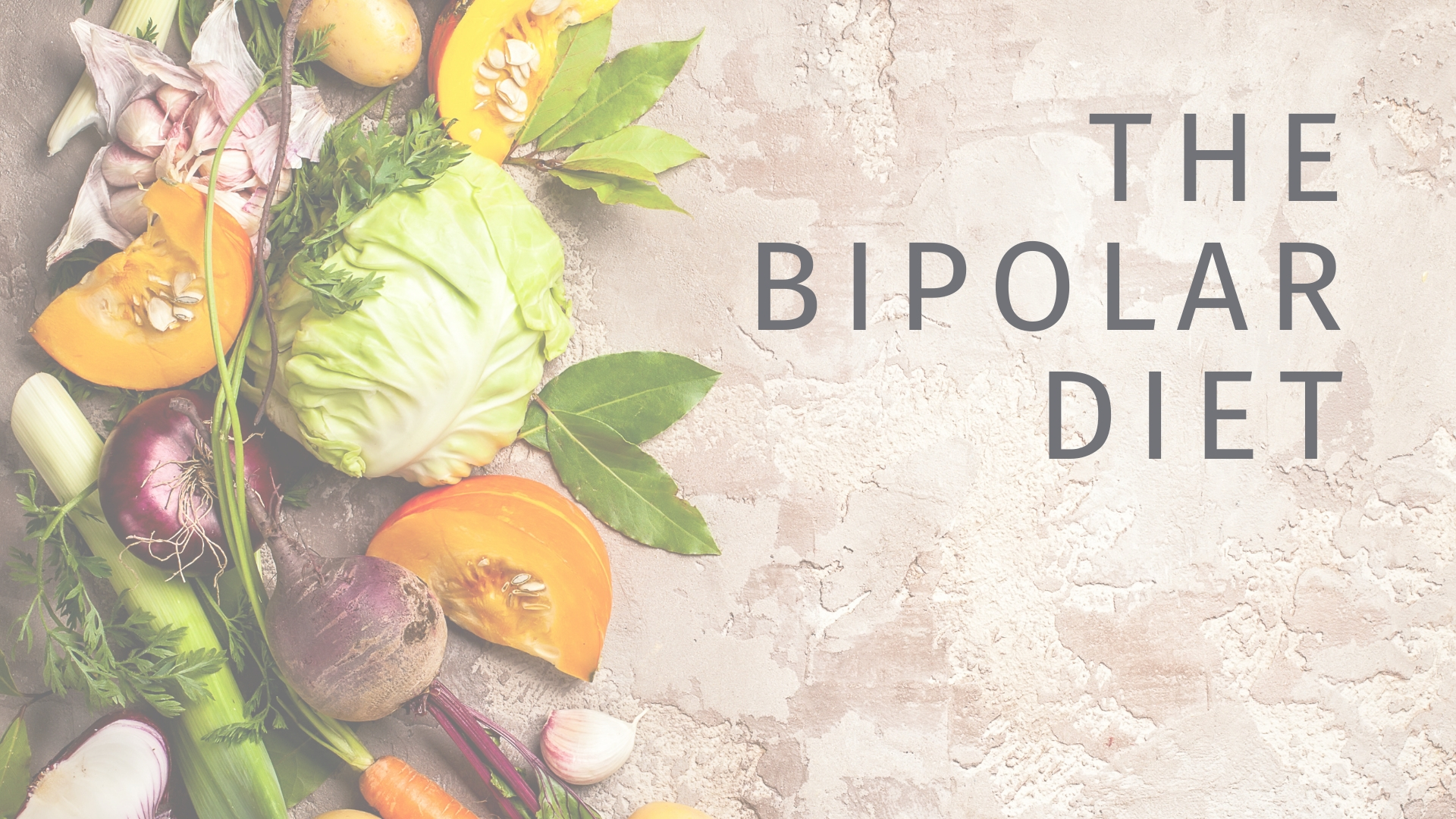 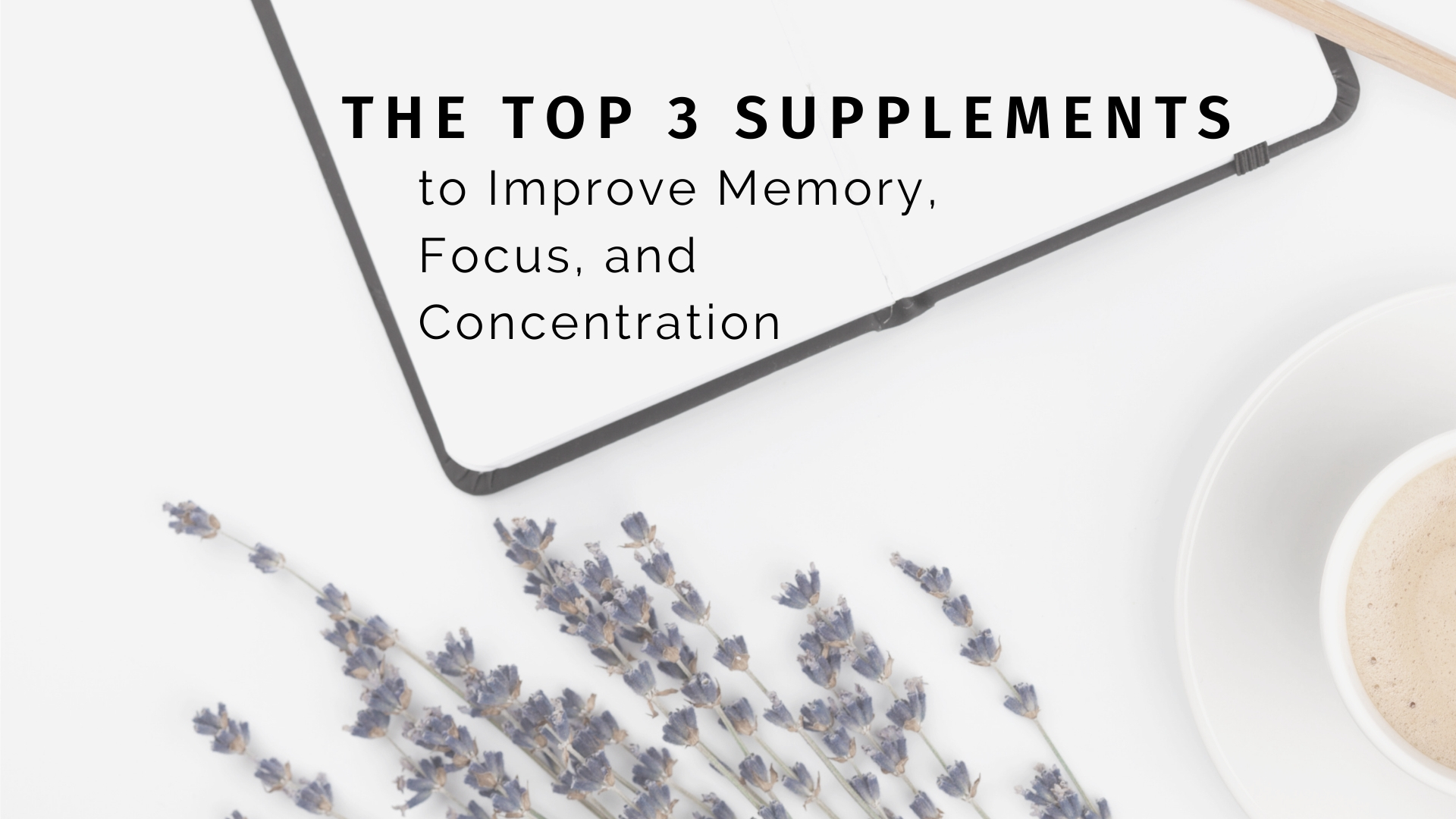